My new book, The Rush and the Rest: The Holy Spirit and the Supernatural World, is out now! You can grab a physical or Kindle copy on Amazon :)

After writing a book that affirmed science on a level that made many Christians uncomfortable, Pastor Bradley becomes an enigma by writing a book that affirms the supernatural on a level that makes many Christians uncomfortable. The Rush and the Rest is the product of a decade worth of studying and practicing the supernatural ways of the Holy Spirit. Bradley aims to take us deeper into the Scriptures than we have ever gone before with this one-part academic and one-part spiritual work. Regardless of where you are on the Christian journey, this book is bound to have something fresh for you.

The Kindle form of my new book just came out this moment! Over the next few weeks I’ll be releasing a physical version and audiobook version, but if you want to read it before everyone else, you can go download it now from Amazon! Also, in case you haven’t made the move, I’ve moved to www.jaminbradley.com. Here’s an excerpt from my introduction:

Believe it or not, the thought that alien life might exist is actually a very old idea. In the 4th-3rd century B.C., the Greek philosopher Epicurus taught that “we must believe that in all worlds there are living creatures and plants and other things we see in this world.”

The debate began to rage when Aristotle rose against this teaching around the same time. Most early Christian scholars followed Aristotle’s lead. It wasn’t until over a thousand years later in the 13th century A.D. that a handful of Christian scholars wanted to talk about the topic. While all of these leaders rejected the notion of life on other planets, they at least wished to enter the conversation.

That wish finally came true in the year 1277 when Bishop Etienne Tempier condemned the Aristotelian belief that there could not be other worlds, because such a teaching could be construed to say that God wasn’t truly omnipotent. Because of this, theologians could now more openly converse about the possibility of extraterrestrials.

But as is often the case, the church moves slowly—as evidenced by the possibility that this book could be perceived as controversial in 2017. A serious conversation about the possibility of extraterrestrials has been going on for at least 2,000 years. If we ever actually discover life on other planets and we find that we don’t know what to do with that revelation from a theological standpoint, that’s more or less on us.

For detailed information on the progression of this debate throughout the early centuries, see: Crowe, Michael J. “Introduction: Before 1750.” The Extraterrestrial Life Debate: 1750-1900, Dover Publications, Inc., 1999.

Hey friends! In light of the nonstop writing I’ve done this year, I’m migrating over to a new page. While I’ve enjoyed the time I’ve spent here on this blog, I started it in college and it’s chockfull of posts in every which way. A new blog will help me focus and stop any future readers from taking too seriously my younger, more immature thinking ^_^

At the same time, perhaps some day I will return here, seeing as how this blog has lasted for so many years. But for now, track along with me if you desire at www.jaminbradley.com

Much of our politics don’t look like Jesus or Heaven at all. It’s for reasons like this that I stopped saying the pledge of allegiance some time ago. All of those years in elementary school I stood up every day and rambled off those words with my hand over my heart to a red, white and blue idol in the corner of the room. It was as visible as patriotic worship could be. I was being indoctrinated ever since kindergarten to always agree with my country and treat them with reverence and respect, whether they looked anything like Jesus or not—and I was told to do it, because somehow when I pledged allegiance to a flag, I was pledging allegiance to Jesus, simply because the word “God” was name-dropped.

I remember going to a monster truck rally in town once. I was excited to see some trucks hit some ramps, but then I felt that awkwardness set in. Before the show got started, all gentlemen were to remove their caps and sing the worship songs of the country and gaze upon the flag. I’m not sure what any of this has to do with a monster truck show. Or baseball. Or football. Or any sport for that matter.

And that’s why I felt the pain of football player, Colin Kaepernick, when the world took note of how he sat through the national anthem as a sign of protest. I can feel every eye on me when I don’t say the pledge or sing the song. I’ll often stand or take my hat off without saying the words, but even that I do because I don’t want to have attention called to me.

My allegiance is with America in the places where they align with Heaven, but my full allegiance is to Jesus and my life is always to be crucified with him and for him.

“Why do people keep saying that?” I asked the kid.

“Because you’re from another land,” he answered.

Do you live in that reality?

Adapted Excerpt from my book, A Taste of Jesus.

Pine needles fall as the wind sets foot
On the evergreen towers.
The sound of her silence fills the air
Though she’s not as quiet as I often think.

For her breath reverberates off what it touches:
Branches, streams and eardrums;
I am audibly and visibly aware of her presence.

For even a faint breeze is filled
With peace and serenity—
Joy to those who labor,
But pain to those who bury themselves
Under the apathy of snow-filled wastelands.

Wind. Breath. Spirit. Pneuma.
She boldly eviscerates landscapes
In the mildest ways,
Whether in the torrent of a hurricane
Or in the slow waves that hardly touch shore,
Though they edge closer and closer each day.

A whisper:
That’s what she is.
Incomparable to a forest fire
Though she burns ever-hotter.
A fire caught up in our bones.
Shining. Raging.
Fuel for the quivering prophets
But a furnace for the shy. 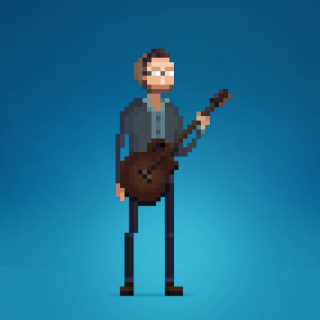